The international draw of the MCE Insurance British Superbike Championship continues as the Bimota Alstare Junior team has announced they will line up on the grid at the next three rounds of the season with Christophe Ponsson from France.
The Bimota Alstare Junior Team is a dynamic, newly-launched satellite squad of World Superbike and Supersport title-winners Alstare, who remain one of the most successful teams competing on the world stage.
Bimota Alstare Junior Team Manager Benjamin Batta is now turning his attentions to the fiercely-competitive British racing scene as he bids to launch careers of upcoming riders in the sport. The team are set to make their debut at the next round of the season at Thruxton, followed by appearances at the Oulton Park triple-header and the August Bank Holiday round at Cadwell Park.
Ponsson made his racing debut in 2011 in the European Superstock 600 Championship, scoring a best result of tenth, and then has continued to progress through the ranks, competing in the European 1000cc class last season.
Ponsson has taken on the CEV (Spanish) Superbike Championship this season with the Alstare Junior team as they continue their development work of the new BMW-powered Bimota BB3 and has been making positive progress over the opening four rounds.
Benjamin Batta said: "The Bimota Alstare Junior Team are very happy to race with wildcard appearances in the MCE British Superbike Championship and we want to thank all the organisations who have made this possible with their cooperation and efficiency. Although the British circuits are unfamiliar for Christophe he is very excited and happy to take on this new challenge."
MCE BSB Series Director Stuart Higgs concluded: "I'm delighted to welcome the Bimota Alstare Junior team to the championship together with Christophe. Both Bimota and Alstare have huge pedigree in the history of Superbike racing and its fantastic news for the MCE BSB to have them represented and add the seventh manufacturer to the Championship."
The sixth round of the MCE Insurance British Superbike Championship takes place at Thruxton Circuit, Hampshire on 1/2/3 August 2014 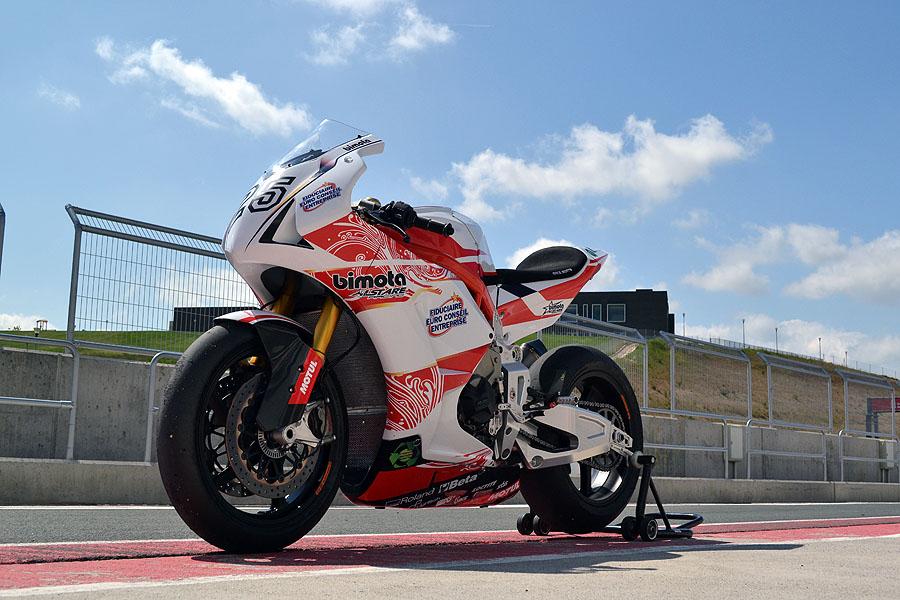