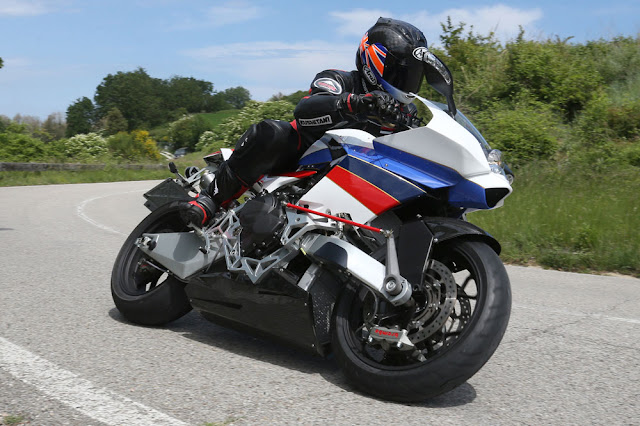 Sticking the “racer with lights” label on a refugee from the racetrack isn’t always a passport to street-legal satisfaction. But when you’ve had six long years to figure out how to go about it, the chances are good that you might get it right.
That’s how long it’s taken Vyrus virtuoso Ascanio Rodorigo to do just that with the Moto2 racer he first unveiled in January 2011, with the promise that he’d produce a homologated street version in due course—and now at last he has.
Rodorigo is the proprietor of Italian boutique bike builder Vyrus Divisione Motori, the so-called Clinica Moto [aka bike clinic] located just a stone’s throw from the Bimota factory on the outskirts of Rimini.
There, for the past 14 years, he and his like-minded quartet of fellow craftsmen have patiently created a succession of two-wheeled works of art represented by the over 150 examples of the high-priced hub-center Vyrus sportbike they’ve constructed there during that period under the pura follia tecnologica banner—and it is indeed a fact that they represent two-wheeled technology truly gone mad!