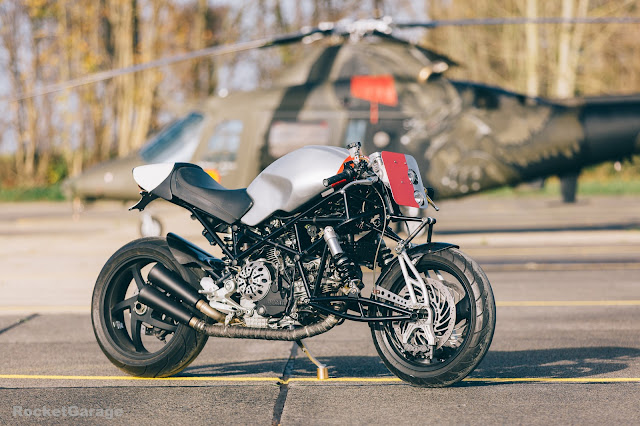 Increasingly, the definition of Special is wrongly used.
Many motorcycles now add nothing to the technical level than the original model.
This is also caused by working on these bikes, not having the technical skills are limited to act only on an aesthetic level.
Instead those who know where to intervene, and dare more and wants more from his motorcycle.
One of these people is Bernard Mont
But who is this man? 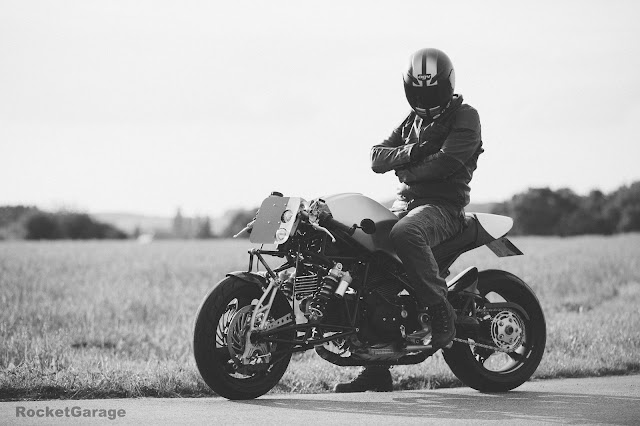 My name is Bernard Mont, I live in Belgium in the countryside of Namur, +/- 60km south of Bruxelles.
I am a mechanical engineer and I ‘ve always been involved in cars and bikes. 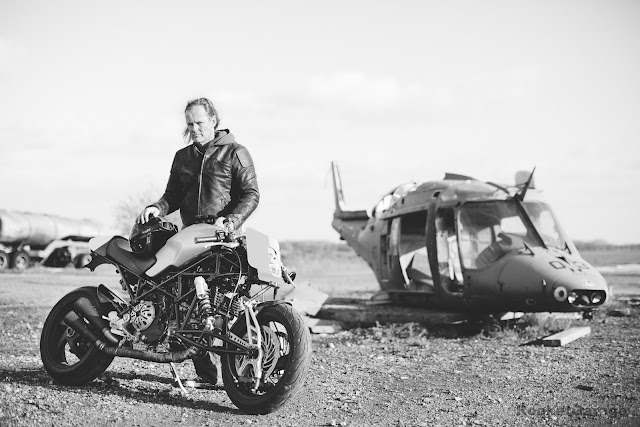 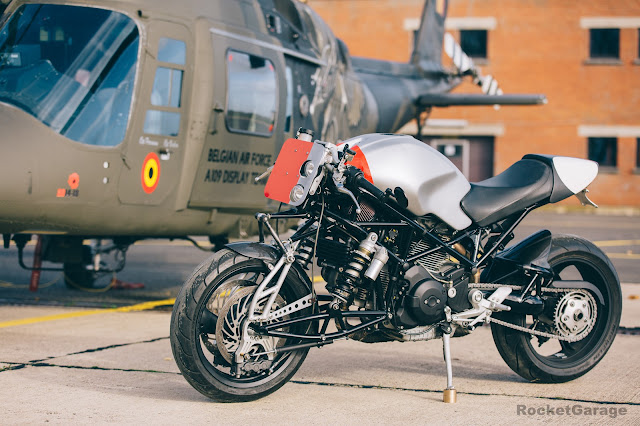 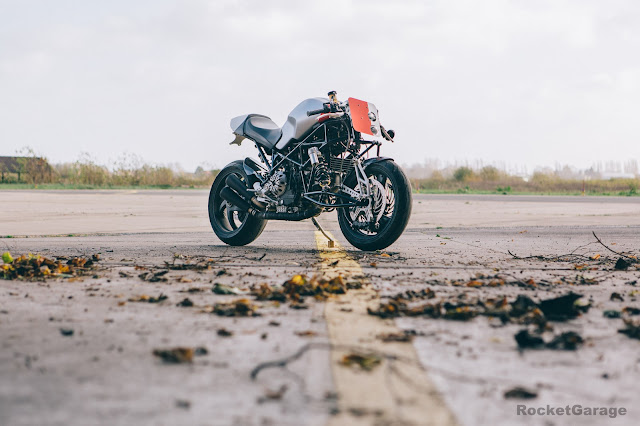 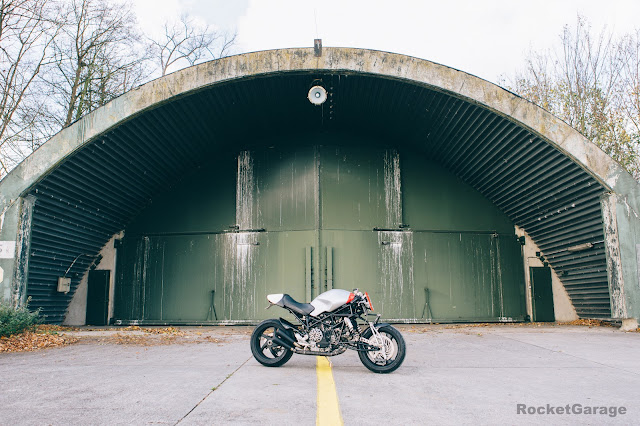 I came from the village of Mettet, well known in the past for the road races and nowadays for the modern race track and the annual “Superbiker” event.
My professional career began end of the eighties in race cars, in France rally championship, European F3000 championship, and Belgium production championship…
For the last 20 years I’ve been working for a major chemical company, first in the engineering dptmt and actually in charge of the mechanical maintenance dptmt. 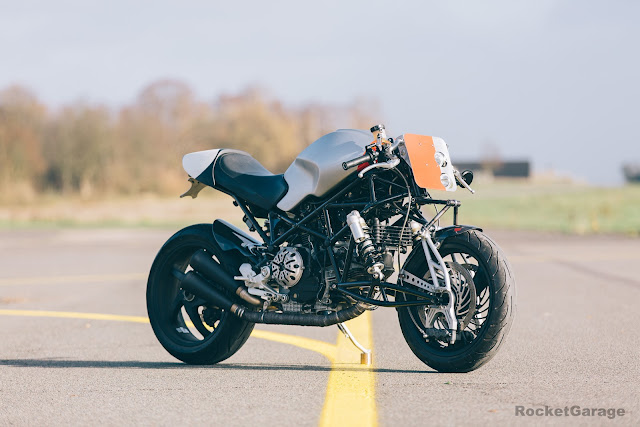 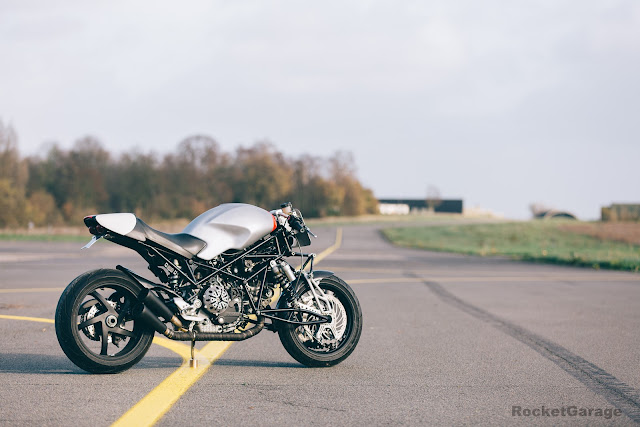 During my free time I run a micro business specialized in ducati (maintenance, repair/tuning),   and during the free time of the free time (yes, It sometimes happens !!)… I build  bikes for me (or cars..  like my cobra replica)..
My previous complete project was the Ducati TT3 Difazio which appeared in your columns in 2012 (http://thebikeshed.cc/2012/11/06/ducati-tt3/), this bike later won the World Ducati Week 2014 “Garage contest” and also appeared in “The ride 2nd gear” book.. 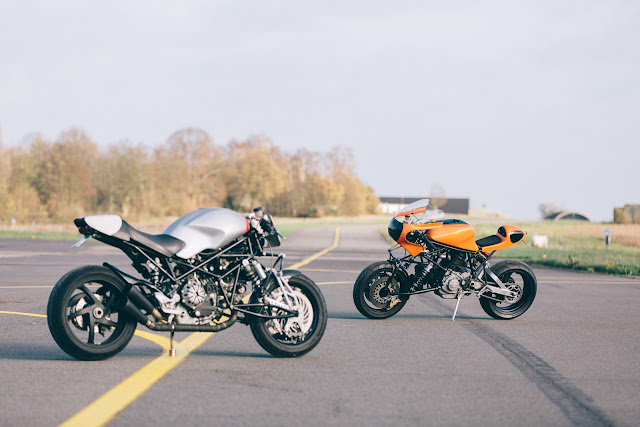 The S2R monster was bought crashed and quickly refurbished to become a daily bike..
After the release of the TT3, my intention was to fit it with a difazio front end and keep the “rat bike” it had until that ..  but as the project went on I’ve totally dismantled and rebuild it to a show-room state.. 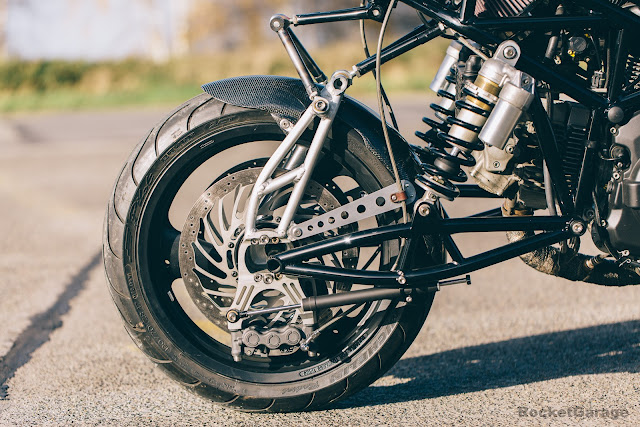 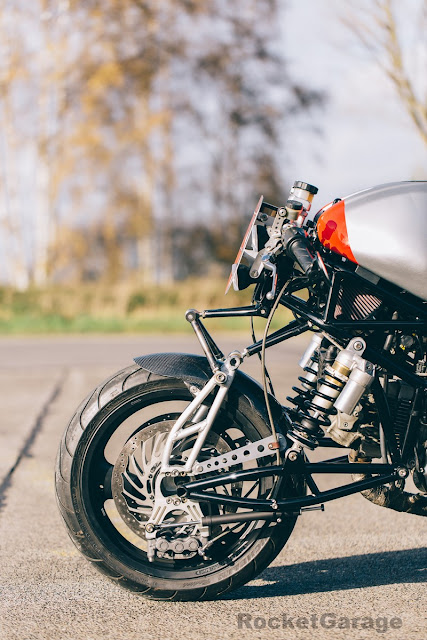 I wanted a more modern look for this one, with the allure of a charging bull viewed from front..
The Difazio arrangement is also totally different from the TT3, all the parts have been redesigned, as is the geometry to put less anti-dive in it ..

All the job by myself at home, being helped by friends/pro just in some points like the precision machining and some specific weldings.. 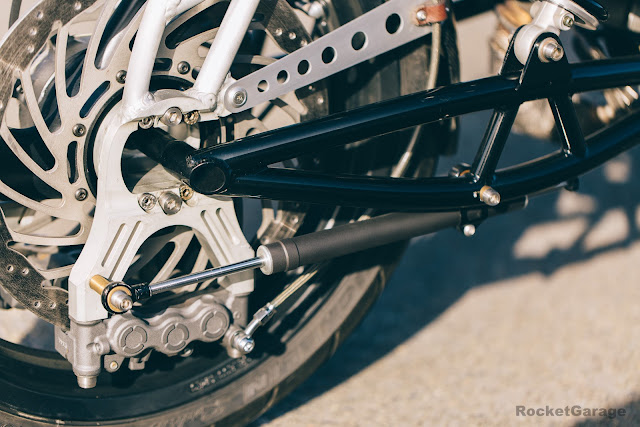 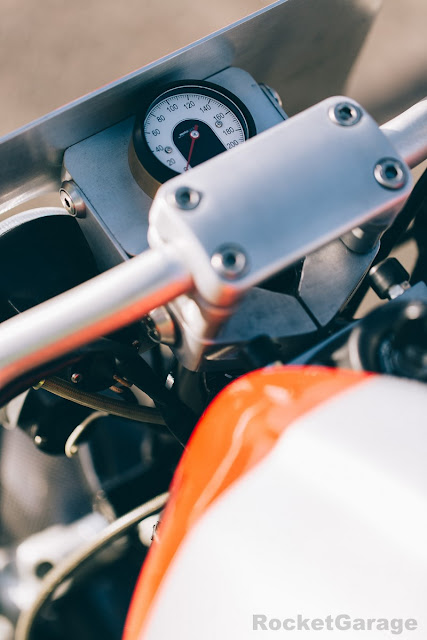 More details about those builds and the all the special front forks (FFF for Funny Front Forks) I’ve been chasing the last ten years in my blog :  http://unlimited-eng.skyrock.com 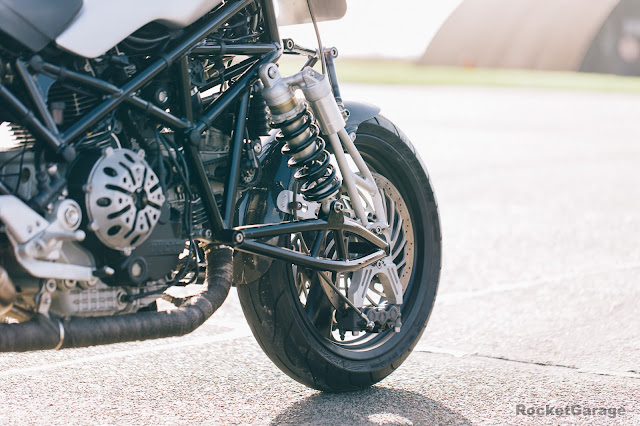 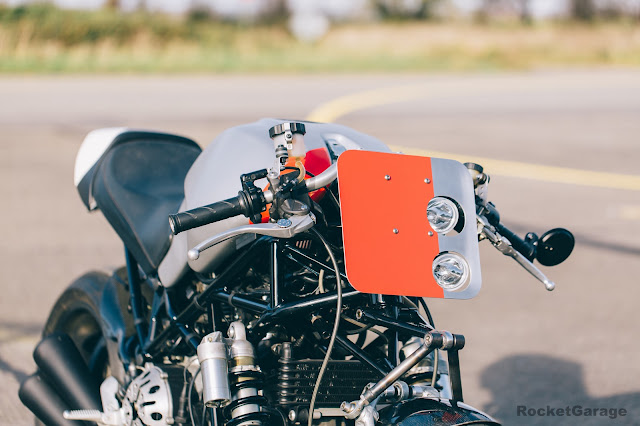 Ducati Mostro Difazio tech spec
Donor bike is a ducati Monster S2R1000 my 2007 with the following mods :
For the frame:
Stock frame, shortened at the rear and extended at the front to receive the wishbone pivots, all Tig welded from chromoly tubes.
Rear suspension/wheel/brake is stock.
Front is based on a center hub steering derived from the  “Difazio” arrangement (see below)
The front wheel is a ducati modified to receive the hub steering.  The hub components are machined from high grade aluminium billet
Upper,  lower wishbones and steering axle are  tig welded from chromoly tubes
Front dampers come from ducati 996, with specific springs and internal setup
Steering damper Toby
Front brake rotors are laser cut in stainless steel
Calipers  6 pots Tokico actuated by radial master cylinder
Motogadget dashboard
Seat cover is the stock modified
Fuel thank is covered, but should be painted in a near future as i’m not totally satisfied with the result ..
For the engine :
Ducati desmodue 1000 DS engine
Extra light flywheel (240gr) and cams dialed with specific setup.
Airbox removed and replaced by 2 pods fitted on long radius bell mouth
Exhaust collector is an aftermarket Kat eliminator line, ending in 2 homemade silencers fitted with supertrapp discs assembly.
ECU is remapped for the new specs and to work without the stock dashboard. 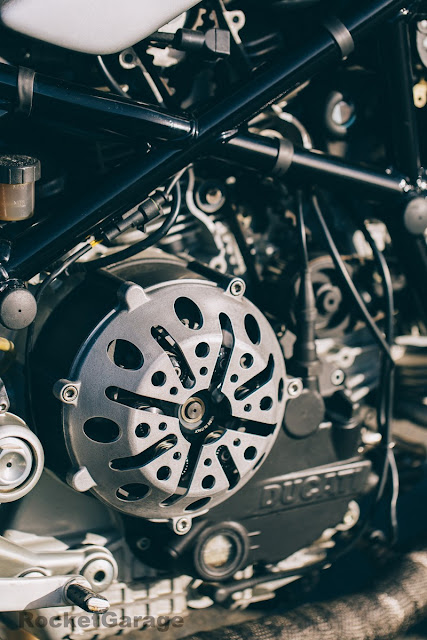 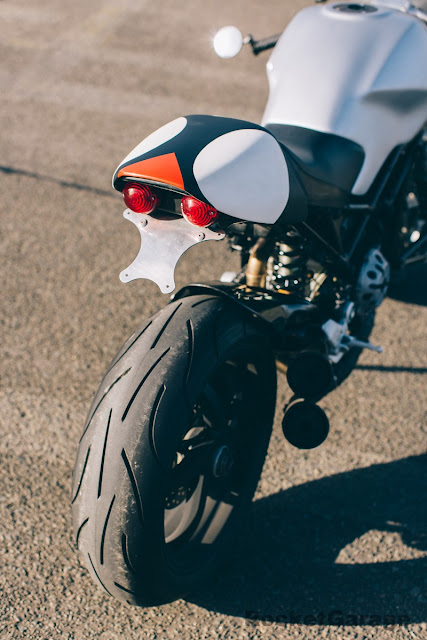 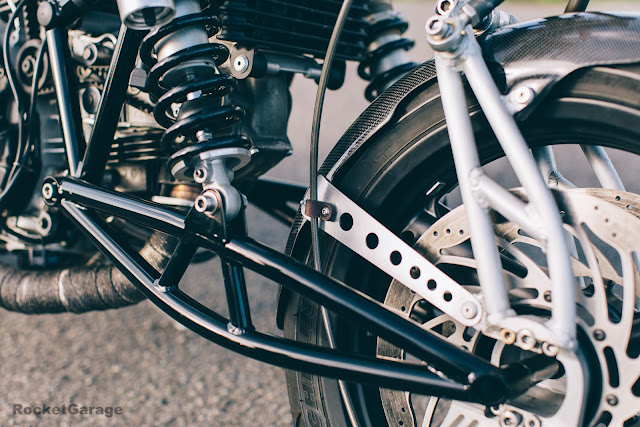 Jack Difazio was an English engineer who developed hub center steering during the sixties/seventies, becoming the spiritual father of the Bimota, Tesi/Vyrrus, and ATOMO/JBB/METISS  concept…
Thanks to  Sébastien Nunes Photography for the Photo http://sebastiennunes.com/